“Faith healing,” “charismatic healing” and “miracle healing” are just a few terms used to describe the phenomenon of rapid, unexplainable-through-conventional-science healings in patients with serious medical conditions. Such dramatic cases of healing are often ascribed to the so-called “placebo effect”—the powerful relationship between the body and the mind. This psychobiological phenomenon is based on one’s expectation (faith or belief in positive outcome). Scientific studies have found that the bodies of patients who believe they have received a beneficial medical treatment (even when, in fact, they have just been given a “sugar pill”), undergo similar physiological changes as those who have received a “real” pill. Commonly associated with placebo is an increased production of endorphins, which naturally relieve pain.1 Neuroscience research has shown that the placebo effect can reduce neural activity in certain regions of the brain associated with pain2.

We share with you the case study of Mr. S.G. Vatkar whose strong belief in the guidance from his spiritual Guru, coupled with deep sense of gratitude, regular meditation, yoga, healthy diet and Ayurvedic medicine, managed to reverse ischemic heart disease which had required an invasive medical intervention.

Mr. S.G. Vatkar works as a General Manager in Mumbai, India. He started to experience occasional chest pain. As the intensity of the pain increased, Mr. Vatkar decided to go for an ECG. The doctor advised him to undergo a stress test as well. The medical reports were worrisome. He was requested to immediately undergo an angiogram, followed by a coronary bypass surgery.

As he was already an adept of certain spiritual practices, prior to committing to the surgery, Mr. Vatkar wanted to first take advice from him Spiritual Guru, Joshi Baba. He went to his Guru and explained his health situation. Joshi Baba’s reply was that all physical diseases are due to depletion of one’s Vital Energy (Prana-Shakti), which can be brought back in balance through a combination of proper diet, spiritual practice and Ayurvedic medicines. He assured him that the exercise would restart the circulation (act like a natural bypass).

Mr. Vatkar was deeply grateful for the words received from his Guru, and took those words very seriously. He immediately committed to a proper diet, started taking Ayurvedic medicines and regularly practiced yoga and meditation. This was the path his Guru showed him for reducing stress and maintaining a healthy body.

Within a few days of his new lifestyle, Mr. Vatkar’s chest pain continued to increase, until it became unbearable. His friend and neighbor, also a specialist doctor, advised him to undergo some more medical tests and take treatment accordingly. He was diagnosed with an ischemic heart disease. The medical reports made it obvious that there was insufficient blood supply to the heart. This put his life at high risk, and it was no longer possible to treat the condition by using drugs alone.

Mr. Vatkar wanted to take his Guru’s advice one more time. This time, Joshi Baba replied with the following words: “You go for the angiography. Meanwhile, practice spiritual remedies as well, that help you. We will decide what to do afterwards.”

Guru’s words were reassuring, and Mr. Vatkar made the following resolution: “Whatever happens, it will be as per God’s wish.” After a few weeks, he decided to go for surgery. He was brought to the operation theatre, where his angiography test was first taken. Within 15 minutes, the doctor exclaimed: “Congratulations! You don’t have even a 1% block in your vessels. Generally, a 50-70% block in the blood vessels is common in a 54-year-old person. Such unblocked vessels are rare. There is no need for angioplasty or bypass surgery. You do not have any cardiac problem.”

Mr. Vatkar repeatedly enquired for some sort of explanation about such a dramatic reversal in his health situation. None of the doctors could give a satisfactory explanation for this improvement on an anatomical basis. Mr. Vatkar immediately telephoned his Guru, to share this exciting news. Joshi Baba just smiled and said: “I had already told you that you don’t have any medical problem. God has planned a lot of work to be done through you. This has happened because of your faith.”

This case study has been adapted from the Spiritual Science Research Foundation. 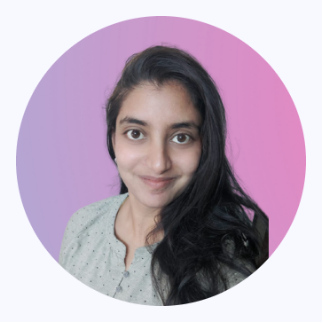