The Science of Giving: Why Generosity Bestows Multiple Benefits To the Giver

“The heart that gives, gathers,” spoke Lao Tzu in Tao Te Ching. There are many forms of giving. One can donate to others multiple things beyond money (financial gift), including: time (volunteering) and support through knowledge, skills and leadership. Generosity can also be expressed through small acts of kindness. While the form and the quantity of giving can vary, genuine generosity is always unconditional. Rather than being done out of duty, guilt, by force, or out of desire to be recognized, one should give out of freedom and desire to share.

The various forms of giving bring meaning and purpose to one’s life. This has also been emphasized across cultures and spiritual traditions. In Hinduism and Sikhism, a significant aspect of generosity is seva — selfless service. The Muslims consider charity as one of the five pillars of the Islam. Judaism teaches that the deeds of giving are the very foundation of the world. Christianity often recalls the words of Jesus: “Go sell your possessions and give to the poor, and you will have treasure in heaven.”

A token of true generosity is one’s ability to do good without expecting anything in return — any reward or recognition, gratitude from the receiver, or even a mere acknowledgment. Rather, the very act of giving brings to the donor feelings of contentment, joy and inner fulfillment. Also, generosity goes hand in hand with unconditional empathy and kindness.

Donation helps individuals, groups and organizations overcome immediate challenges, do better and achieve both short-term and long-term goals. While the focus is usually on the benefits received by the receiver of help, science presents evidence that the act of giving brings multiple benefits to the donor as well.

It has been shown that when someone feels either grief or anger, the act of giving alleviates their condition and makes that person feel better. In other words, helping others in need is a way of reducing one’s own stress and improving one’s own sense of wellbeing. Through generosity, the giver develops a sense of optimism, awakens a sense of self-worth and ability to contribute to the world, and feels connected with the world.

There is tremendous power in the acts of giving. Even just thinking about them or contemplating about generosity triggers powerful physiological process in the human body. An experiment conducted by David McClelland, a psychologist from Harvard University, showed that when students watched a movie about Mother Theresa, their protective antibody salivary immunoglobulin A (S-IgA) significantly increased. This was not observed among the students in the control group, who watched a neutral movie. Among the students in the experimental group, the elevated S-IgA levels remained high  much longer, when they were asked to recall and focus on times in the past when they had loved or been loved. This has been termed the “Mother Theresa Effect."

In another experiment conducted collaboratively by researchers from several health institutes in the USA, it was found that making a donation activates the mesolimbic pathway, the brain’s reward center, responsible for dopamine-mediated euphoria. Kind acts light up the primitive part of the brain, letting the donor experience joy.

Research has shown that just a few hours of volunteering once a week, or small acts of kindness contribute to longer and healthier lives. This is because generosity moves us away from base emotions of fear, anxiety and anger to peace, hope, and sense of belonging. Also, many donors and volunteers experience a phenomenon termed “helper’s high.” The phenomenon was first identified by Allen Luks in 1991, when he  surveyed thousands of volunteers across the USA. The volunteers consistently reported being physically healthier compared to their non-volunteer peers from the same age group. Volunteers reported a specific positive physical sensation associated with helping. This sensation was described as “feeling high,” feeling stronger and more energetic, feeing warm, feeling calmer and less depressed, experiencing greater feelings of self-worth, and experiencing fewer aches and pains. The “helper’s high” phenomenon is due to the fact that generosity/giving/volunteering triggers the brain to release endorphins and oxytocin. Since giving connects you to individuals and groups, it makes you feel more secure and, as a result, you are less prone to experience fear, worry and sense of isolation.

One longitudinal study that began in the 1920s has found that adolescents who are involved in acts of giving — especially boys — are at a lower risk of developing depression and having suicidal thoughts. Those who, during their high school years, participated in volunteering and charity events, had better physical and mental health more than fifty years later.

Other studies have documented another astonishing effect of giving — generosity leads to longevity. In a study that began in 1956 and ran for a period of 30 years, researchers from Cornell University found that women who volunteered at least once a week lived longer and had better physical health, irrespective of their socio-economic status, marital status and number of children. Another study from 2005, conducted by scientists from Stanford University, found a positive correlation between frequent volunteering and longevity. It was found that this was true even for individuals who were older, without family and friends, and of compromised health.

A study by the School of Public Health at the University of California, Berkeley, conducted over a seven-year period, starting in the early 1990s, found that people who volunteered for two or more organizations were 63% less likely to die during the study period than those who did not volunteer at all. The scientist concluded that “voluntariness has the potential to add not only quality but also length to the lives of older individuals worldwide.” 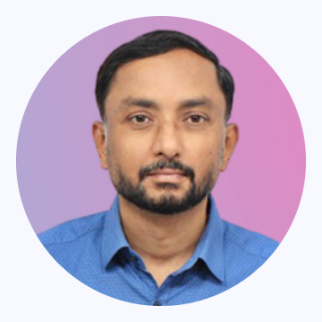