Mira is a graphic design and photography professional. The camera is her constant companion. She has attended some of the best schools and programs in graphic arts, and she never stops learning. She believes in the power of visual communications to spread a message and impact individuals and societies.

Two days ago, Mira was contacted by the HR of a global PR Agency. They had seen some of her work featured across leading business magazines, and they were inquiring if she would be interested in joining their team. They also asked her to share with them a sample of her portfolio including, if possible, some of her most recent work.

Mira was super excited about the prospects. As a freelancer, she had had the opportunity to work with several global brands and contribute to some impactful campaigns. However, to join the Creative Communications Team at a leading PR Agency would be a dream-come-true. It would be the next logical step in her professional career development. She responded that she would be very much interested in exploring the opportunity and committed to submitting a sample of her creative portfolio for assessment.

In the last 48 hours since the phone call, Mira has been working in her studio nearly non-stop. She did not go out, talked to nobody, ate perhaps twice, and slept for 3–4 hours. Her windows and shutters were closed — she did not want to be disturbed in any way. Large photography prints of her best work were spread all over the floor. On her computer screen, she continuously browsed through some of her recent designs, ideas, and unpublished work. She had to select her finest work. She needed to create a perfect portfolio.

This was not an extraordinary work situation for Mira. Her family and friends knew very well not to disturb her while she is “in the zone.” Whenever she worked on something new (either a personal project or a professional assignment), she became fully absorbed in her work. She lost all sense of time, ate, and slept minimally, never lost focus, and seemed to have entered some other world, invisible to those around her. And during those periods, she was tireless and happy. Sometimes those spells lasted for a couple of days — at other times, they could be up to a week long. The moment her work was complete, she would go back to her ‘usual self’ and never brag about her success and accomplishments.

Mira’s story is representative of individuals who are capable of entering the flow — an effortless state of utter immersion is a task or an activity. While in flow, they feel “strong, alert, in effortless control, unselfconscious, and at the peak of their abilities.(1) Since being in a flow maximizes one’s performance, it is important to understand this psychological state and its vast implications.

Flow is a mental state of holistic involvement—intense engagement and contentment—in the present moment and current activity. People often describe the flow state as being “in the zone” or “being in the groove” or “being on the ball.(2) The state of flow enhances performance and stimulates creativity and innovation.

When in flow, one is fully engaged, deeply immersed, and completely absorbed in a present activity. The perception of time changes, and it seems as if time loses its grip. Someone in a flow does not get distracted by other stimuli from the environment—the attention is absolute, and the focus is razor-like. Yet a state of flow is also a state of effortlessness. In such a state, one often achieves peak performance. The profound experience of living in a flow improves one’s overall energy, genuine joy, involvement, and satisfaction in life.(3)

The concept of flow is sometimes compared to the skills of the ancient Taoist masters— artists and artisans —whose every act was gracious due to their harmonious alignment with the Tao.

Etymology of the Term “Flow”

The term “flow” was coined in 1975 by the Hungarian psychologist Mihály Csíkszentmihályi. Many artists whom he interviewed were often “getting lost in their work” — unaware of the passage of time, and often forgetting to eat, drink or sleep. They described their state as if being carried along by a water flow.

In a state of flow, the individual is engaged in an activity in which they are either highly skilled or which they find utterly enjoyable. Typical examples of flow states are those experienced by artists, top athletes, chess masters and surgeons. One of the key characteristics of the people who enter a flow state is their involvement in an activity for pleasure as an intrinsic motivator — money and fame are often not part of the equation. In a state of flow, Csíkszentmihályi explains, “you are completely involved in an activity for its own sake (…) Your whole being is involved, and you are using your skills to the utmost.” People in a flow appreciate two aspects of the experience — challenge (measured as a level of difficulty) and risk (which includes elements of novel experience).

The Science of Flow

When an individual is in flow, the brain activity changes — fMRI and EEG shows that in a state of flow, both theta brainwave and alpha brainwave patterns increase.(4) Both alpha and delta brainwaves are associated with creativity. Furthermore, a flow state triggers the release of dopamine, endorphins, and serotonin (‘the hormones of happiness and satisfaction’ which can lead to euphoria)(5). In a state of flow, the sense of self ‘disappears’ as a result of a temporary deactivation of the prefrontal cortex.(6)

Flow boosts the performance of the individual regardless of their primary field of focus — be it the creative fields, sports, science, education, or any business environment. In a study conducted with more than 5,000 business executives over a decade, McKinsey reports multiple benefits of the flow state — increased IQ (intellectual quotient), EQ (emotional quotient) and MQ (meaning quotient, or a sense of meaning acquired during peak-performance experiences). While in flow, these top business executives were five times more productive than usual.(7)

It is possible to trigger a flow state by using appropriate methods and techniques. Steven Kotler, the Executive Director of the Flow Research Collective, says that flow can be activated through several triggers. These triggers can be psychological (such as clarity of goals, intense focus, the right ratio of challenge vs. skills, and continuous feedback), social (such as shared goals, effective communication, and risk) or environmental (high-stakes, unpredictability, and complexity). Techniques of mindfulness and meditation are also a well-established way of entering and maintaining a state of flow. 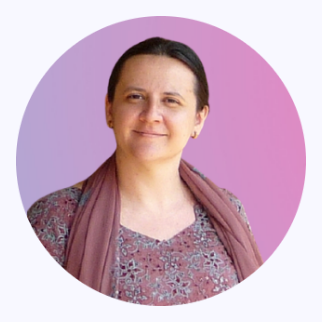